Time flies and it is almost spring and it means that action in IBO office goes almost 24/7. We are planning upcoming summer events for our clients. 2021, same as 2020, gives a lot of challenges in organising, because of uncertain situation worldwide. At this moment, IBO even calendar looks like that:
June 28 – July 3: Basketball Camp Vilnius
July 12 – July 17: Basketball Camp Anykščiai
August 9 – August 14: Basketball Camp Molėtai
Depending on pandemic situation all events are subject to change.

Summer of 2020 was challenging for everyone and IBO is no exception. Despite all challenges caused by COVID pandemic, IBO managed to organize and run three basketball camps in Vilnius, Anykščiai and Molėtai. There is saying to look for opportunities in every challenge and IBO decided to take that path. „Even though in spring it was uncertain if we will be able to run camps and bring kids together, but we decided to start registrations early while other organizations went on hold. We benefited from it“ – Žygimantas Šeštokas, director of IBO, said.  Usually IBO brings coaches from abroad to run camps for Lithuanian kids, but this year it was complicated to in that way. „We had plans to bring coaches from the United States for our camps in Vilnius and Anykščiai, already had agreements with them. But with traveling bans, isolation and so it was almost impossible to make it work. So decided to go local – coach Marius had to step in and he did a great job“ – Žygimantas added. Marius Pociukonis, former professional player, have been working in IBO camps for three years in a row. „I was used to work with coach Mike in Vilnius, who has enourmous experience in running this type of camps, but this year he couldn‘t come.“ – Marius Pociukonis said. „We also had a plan to bring another coach from the US for our camp in Anykščiai. We couldn‘t do that as well. So I took this challenge with help from Gytis and Žygis and I think it turned out well“ – Marius added. It turned out more than well – our camps had total of 50 participants and its a new number we want to beat next summer.

After having great success in organising basketball camps in 2019, IBO are planning to organise even more camps in 2020. For the third year in a row, will have their camp in Vilnius, which will follow HOOPS101 program. Unfortunately coach Mike Kelly is not going to be able to visit Lithuania this year, despite his busy schedule, but planning to come back in 2021. “I am sure that coach Marius will do a great job and camp will continue to grow” – coach Mike Kelly referred to IBO coach Marius Pociukonis.

In 2020 IBO will introduce new camp for youngsters with boarding and full meal possibility in Anykščiai. This camp will feature American coach Jackson Fink, who is currently assistant coach at Kingston high school in North Carolina. Kingston high school is well known in United States, since it has produced the most NBA players in the world per capita, with players such as Jerry Stackhouse, Cedric “Cornbread” Maxwell, Charles Shackelford, Reggie Bullock, Brandon Ingram and more.  “I am exited about this summer and being exposed to Lithuanian basketball” – coach Fink says.

Stay tuned for more details about upcoming camps and registrations.

3 SUCCESSFUL BASKETBALL CAMPS FOR KIDS IN SUMMER OF 2019

Past summer was a great success for IBO. Under the name of Basketball Camp Lithuania, IBO organised three camps in different towns of Lithuania. Youngsters from 10 to 18 years old participated in camps in Vilnius, Anykščiai and Molėtai. Head coach of basketball camp in Vilnius, Mike Kelly was very excited on return to Lithuania: “It is so good to be here. I am very happy to see that number of kids, who has passion for the game, is growing. IBO is doing a great job by providing possibility for these kids to improve their skills over the summer.” Marius Pociukonis, head coach of basketball camps in Anykščiai and Molėtai added: “First of all it is great to learn from such an experienced coach as Mike. Second of all, our organisation is excited that we managed to expand our camps geography to additional town – Anykščiai. Kids here showed very good work ethic and it was a pleasure to work here. We are looking forward to come back in 2020”.

IBO was picked to be an official tour organiser for football team APOEL FC from Nicosia, Cyprus for 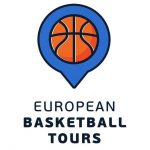 is a great possibility for rookie players or players with not a lot of experience to show their skills and get a starting job in Baltic region. Pro Exposure Camp Kaunas’18 will take place in the center of the Europe – Kaunas, Lithuania. Kaunas is called Lithuanian basketball capital and is home for BC Žalgiris Kaunas, who is among the strongest teams in Europe. Come to Kaunas this fall (September 4-10, 2018), show your skills in basketball city and get yourself a contract with pro team. For more information press here.

Any cookies that may not be particularly necessary for the website to function and is used specifically to collect user personal data via analytics, ads, other embedded contents are termed as non-necessary cookies. It is mandatory to procure user consent prior to running these cookies on your website.